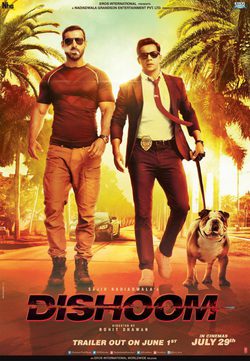 This Indian action movie begins with the disappearance of India's top baseball batsman in the Middle East, Viraj. Immediately after this event two police officers completely unscrupulous from either sides of the Arabian Sea team up for a 36 hour manhunt. In this time trial journey they will find Ishika, an attractive woman who will help them in the search.The international release of this film is scheduled for the 29th July. It should be pointed out that it has musical scenes which were composed by Pritam Chakraborty. 'Dishoom' was directed and written by Rohit Dhawan. Its cast is formed by John Abraham, Varun Dhawan, Jacqueline Fernandez, Akshaye Khanna, Saquib Saleem, Akshay Kumar and Nargis Fakhri. 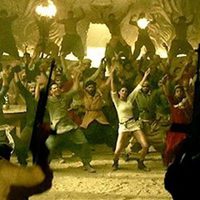 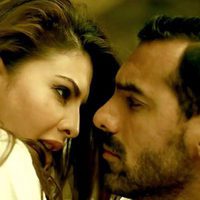 ?
Write your own 'Dishoom' review.

Akshaye Khanna will be making a comeback in this film after a four year hiatus from Bollywood. With Akshay Kumar's cameo in this film, it will mark the fourth time that he and John Abraham have appeared in a film together.