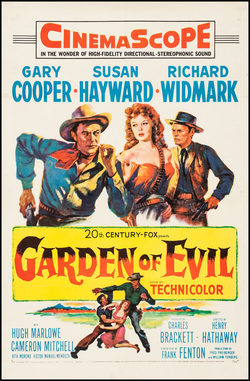 Western film directed by Henry Hathaway ('Shoot Out', 'True Grit', 'The Sons of Katie Elder', '23 Paces to Baker Street') and starring Gary Cooper, Susan Hayward, Richard Widmark, Hugh Marlowe, Rita Moreno, Cameron Mitchell and Víctor Manuel Mendoza. 'Garden of Evil' tells the story of three adventurers who are forced to stay for a few days in a town of Puerto Angel after suffering a breakdown. Once there, Hooker, Fiske and Daly meet Lea Fuller in a tavern, an american woman who needs to solve a serious problem: her husband is injured and trapped in a gold mine. After meeting them, Lea decided to hire the three men to save her partner, while he is in a dangerous and sacred area for apache: the garden of the devil. 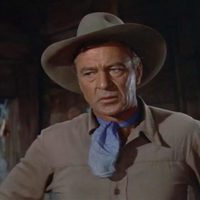 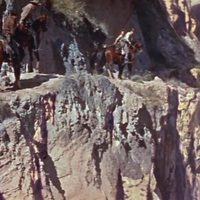 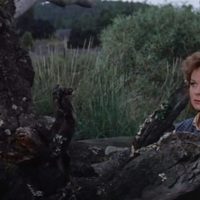 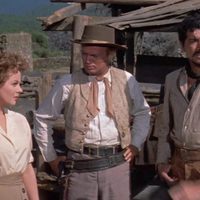 ?
Write your own 'Garden of Evil' review.