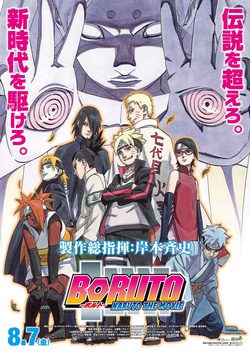 'Boruto: Naruto The Movie' is an Anime Japanese film directed by Hiroyuki Yamashita based on the character of anime and manga Naruto, created in 1997 by Masashi Kishimoto. 'Boruto: Naruto The Movie' is the directorial debut of Yamashita. It is the eleventh film based on the character of the manga. When it premiered, it was a commercial success and became the highest-grossing film in the series. The story is focused on Boruto Uzumaki, the son of Naruto Uzumaki some years after the end of the Shinobi War. Boruto, after hearing stories about his father's deeds that made him a hero, he wishes to surpass his father and becoming a greater warrior. So he will seek help from one of his father's old friends, Sasuke Uchiha, so he can be trained by him.

?
Write your own 'Boruto: Naruto the Movie' review.