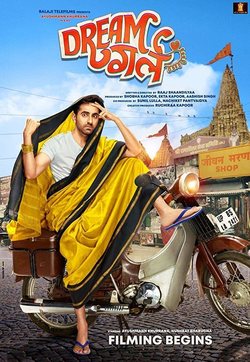 Karamveer Singh (Ayushmann Khurrana, 'Article 15') is an unemployed young man who wins many female roles in plays because of his ability to impersonate a melodious female voice. Over the years, the voice has proven to be a gift, with many of his friends often asking him to pretend to be his mother or girlfriend over the phone whenever a sticky situation arises. When he becomes desperate for money, he agrees to work for a "close friend" call centre in which he spends his days chatting to lonely people on the phone. His gift on the phones as alter-ego Pooja leads to several men desperate for his attention and affection, from poet slash police officer Rajpal (Vijay Raaz, 'Monsoon Wedding', 'Raghu Romeo') to the lovesick Mahender (Abhishek Banerjee, 'Once Upon a Time in Mumbai', 'Stree'), and Karamveer begins to worry as more and more clients fall for the fictional Pooja's many charms. Karamveer must work out how to live his life and stave off his many accidental suitors if he wants to win the heart the beautiful and clever Mahi (Nushrat Bharucha, 'Pyaar Ka Punchnama', 'Sonu Ke Titu Ki Sweety'). 'Dream Girl' is directed by Raaj Shaandilyaa ('Bhoomi', 'Freaky Ali', 'Welcome Back') and written by Nirmaan Dsingh, Niket Pandey and Shaandilyaa. Hide full plot... Show full plot

?
Write your own 'Dream Girl' review.