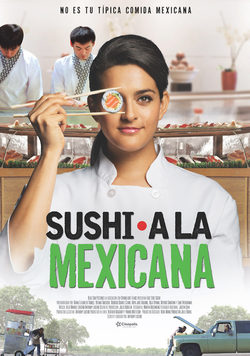 Juana is a mexican migrant and single mom that has a great ability when it comes to slice food. After a lot of years working in the fruit industry, she decides to change her life and give a chance to japanese cuisine, when she starts working at a sushi restaurant. There she will find a world that excites her more than anything, and her abilities will prove to be very useful: she has a real talent for sushi. When attempting to become a sushi chef, she won't be allowed, due to its race and gender. Juana will start then a self-discovery journey against all odds. Juana is played magnificently by Diana Elizabeth Torres, and the chef Aki is played by Yutaka Takeuchi. Described as a mixture between ?Rocky?, ?Karate Kid? and a cooking show, ?East Side Sushi? is the most ambitious project by director Anthony Lucero who previously worked as a vfx editor for blockbusters such as ?Harry Potter?, ?Star Wars?, ?The Hunger Games? or ?Iron Man?. Hide full plot... Show full plot

?
Write your own 'East Side Sushi' review.