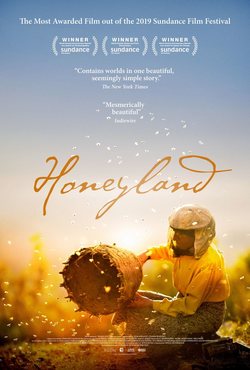 'Honeyland' tell the story of Hatidze Muratova, a 50-year-old beekeeper living with her mother Nazife in a tiny mountain town in Macedonia. Hatidze is deeply concerned with respectful and eco-conscious farming, always making sure to leave half of the honey in the hives for bees to survive and handling them delicately and with care. The honey that she extracts is bottled and sold in the city of Skopje to provide for both Hatidze and her mother, who is bedridden and blind. Hatidze's peace and careful methods are disrupted when a large Turkish family move in nearby with several small children and a variety of animals. The patriarch of the family, Hussein, is intrigued by Hatidze's beekeeping, but his ambition gets in the way of the humane methods that Hatidze concerns herself with as he becomes determined to yield greater profit and make a living for his family despite the danger this poses to the bees. The 85 minute running time of 'Honeyland' is formed of 400 hours of footage collected over three years by directors Tamara Kotevska ('Games', 'Paw Law') and Ljubomir Stefanov. The documentary follows Hatidze and Hussein as they grapple with wishing to behave with care and a consciousness for the environment whilst also making enough to survive. Hide full plot... Show full plot 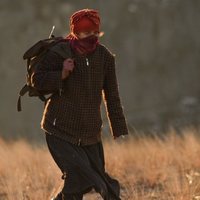 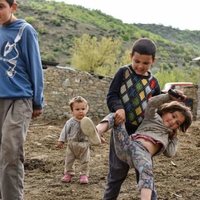 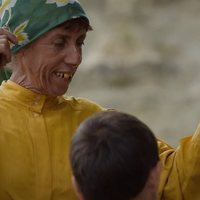 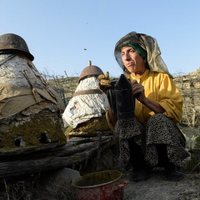 ?
Write your own 'Honeyland' review.

'Honeyland' has triumphed in several recognized internationally festivals, such as Sundance Film Festival, where the documentary won three awards.