How To Lose Jobs & Alienate Girlfriends 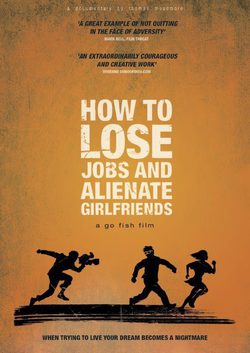 In 2008 Tom Meadmore set out to explore the lives of two independent music artists, Amanda Medica and Tony Jackson, as they pursued their dreams of success. Amanda was Tom?s girlfriend and Tony was his boss. Shortly after filming began, Meadmore experiences first-hand the delicacy of the artistic temperament, as his insensitivity and uncompromising quest for the truth threatens to rupture two of the most important relationships in his life and derail the movie in the process. Tom is now well and truly a player in this compelling human drama.

?
Write your own 'How To Lose Jobs & Alienate Girlfriends' review.