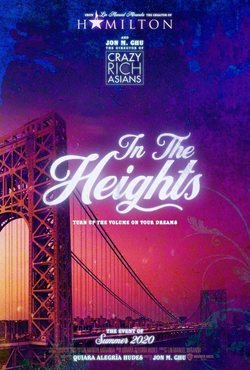 The story of 'In the Heights' presents a very varied group of people that have one thing in common: all of them live in the same neighborhood, Washington Heights, at the north part of Manhattan. Usnavi is a small bodega owner. Sometimes he takes care of an old Cuban woman, but he is very well-known for flirting with one of the girls who works in the beauty salon in the neighborhood. Usnavi dreams about winning the lottery and going far away, specifically, to the Dominican Republic. Nina, one of the childhood friends of Usnavi, comes back to the neighborhood after spending one year at the university. Despite the joy of her meeting with her parents, this will not stay longer because Nina tells them that she has dropped college. This will make her father to feel guilty about not being able to pay it after the loss of her scholarship. 'In the Heights' is the adaptation of the known musical from Broadway, 'In the Heights', created by Lin-Manuel Miranda. The movie is directed by Jon M. Chu ('Crazy Rich Asians') and starred by Stephanie Beatriz ('Brooklyn Nine-Nine'), Jimmy Smiths ('Sons Of Anarchy'), Dascha Polanco ('Orange Is The New Black'), Corey Hawkins ('BlacKkKlansman'), Anthony Ramos ('Godzilla: King of the Monsters'), Leslie Grace and Carla Carvalho ('Orange Is The New Black'), among others.

Cast In the Heights

'In the Heights' trailer 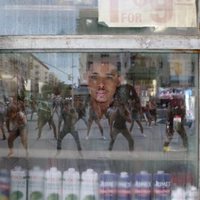 Reviews In the Heights

?
Write your own 'In the Heights' review.

Trivia In the Heights

In 2017, Lin-Manuel Miranda announced he would not be playing Usnavi for the film version, however may play another role for the film, whether it's a side character or a cameo role. He's producer of the film Jimmy Smits was an early Heights supporter off-Broadway, before the musical was adapted to the screen. When he was asked to do the voiceover for the TV advertisement, he wouldn't accept payment, but he just wanted some house seats for Broadway. Playwright Lin-Manuel Miranda, the original Usnavi, played David Santiago in the TV show Brooklyn Nine Nine. Jimmy Smits played David and Amy's father, Victor Santiago. Olga Merediz was also in Brooklyn Nine Nine and played Rosa Diaz's mother, Julia.