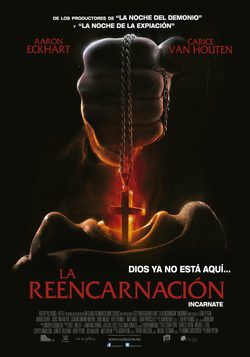 After suffering a terrible accident, Dr. Seth Ember (Aaron Eckhart) becomes wheelchair bound for life. However, he also gains the powers of the 'Incarnate', people whom are gifted with a psychic ability to see inside the subconcious minds of possessed people, and expel the demon from the inside out. However, when the Vatican hires him to exorcise an especially troubled young boy (David Mouzaz), Ember's world is shaken to it's foundations when he discovers that the demon that haunts this young boy is also the same one whom killed both this wife and daughter. Now, with both the boy's life on the line, and the possibility of avenging his wife and daughter, Ember must figure out how to defeat the demon, and save the world.

?
Write your own 'Incarnate' review.