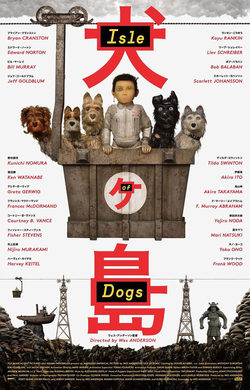 The japanese city of Megasaki faces a big problem: the town has been invaded by a large canine epidemic. Given the situation, the mayor of Megasaki makes the decision to evacuate and exile all dogs on a landfill island that is located on the outskirts of the city, which will lead to many pets are separated from their owners. Atari Kobayashi, one of the habitants of the city, will not allow him so lightly to be separated from Chief, his dog, so he will undertake an adventure to the island of dogs to seek and rescue his beloved pet while Chief, Together with his doggy pack, he will do everything possible to escape from the island with his owner. 'Isla de perros' is the return to the stop-motion animation of Wes Anderson after 'The fantastic Mr. Fox'. Anderson, directs and writes this film that in its original version features the voices of Edward Norton, Bryan Cranston, Tilda Swinton, Scarlett Johansson and Bill Murray. Hide full plot... Show full plot 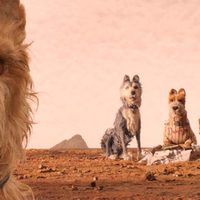 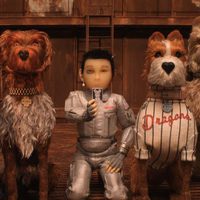 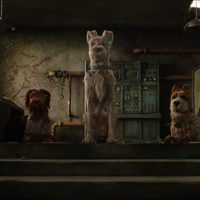 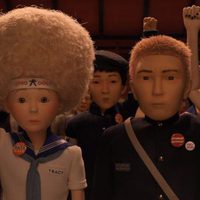 ?
Write your own 'Isle of Dogs' review.

The title "Isle of Dogs" could also be read as "I love dogs". 'Isle of Dogs' was the first animated movie in history to inaugurate the Berlin Film Festival. The movie was influenced by the work of Akira Kurosawa and Rankin-Bass stop-motion Christmas specials.