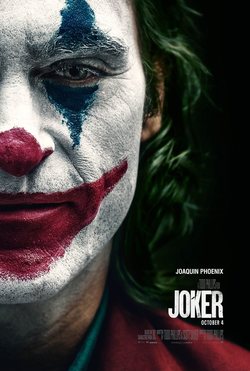 The origin story for Batman's iconic nemesis begins in the 1980s with Arthur Fleck (Joaquin Phoenix, 'Her'), a clown-for-hire in Gotham City. Gotham is suffering under the weight of criminal activity and poverty, with Arthur and his ailing mother Penny (Frances Conroy, 'Six Feet Under') struggling to make ends meet. Whilst Penny writes to her former employer Thomas Wayne (Brett Cullen, 'True Detective') in a cry for help, Arthur watches episodes of the talk show hosted by Murray Franklin (Robert DeNiro, 'The Irishman') and dreams of being recognised, finding the prospect of fame preferable to his current routine of clown work, taking prescription medication for his pathological laughter, and secretly yearning for his next door neighbour, Sophie Dumond (Zazie Beetz, 'Deadpool 2'). When the gun given to Arthur by his co-worker for self-defense purposes after his mugging is discovered and Arthur is fired, he watches as the city continues to fall on hard times, with the mental health facility he'd relied on for his medication shutting down. It's not long before the city begins to rise up against the rich and corrupt, with Arthur at the helm of the anarchy as he descends slowly into madness as the infamous DC villain, the Joker. 'Joker' is directed by Todd Phillips ('War Dogs'). Hide full plot... Show full plot

Joaquin Phoenix characterized as the Joker 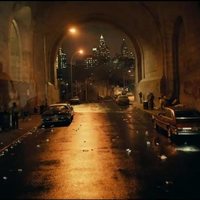 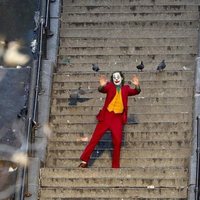 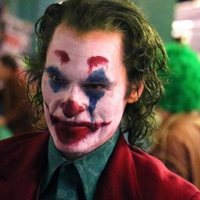 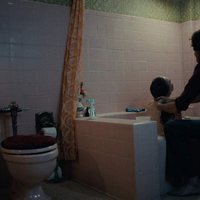 ?
Write your own 'Joker' review.

Frances McDormand turned down the role of the Arthur Fleck/Joker's mother, Penny. The Joker's make-up is very similar to John Wayne Gacy's, a serial killer who would often entertain children while dressed as "Pogo the clown". This make-up style was shunned by working clowns at the time as they strictly prohibit "sharp" ends in their make up, as it scares children. Three of the previous actors who have played the Joker - Jack Nicholson, Heath Ledger, and Jared Leto - are Oscar winners (with Ledger winning for playing The Joker). Joaquin Phoenix has been nominated for an Oscar three times.