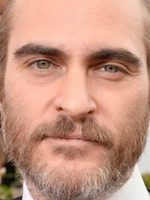 Joaquín Rafael Phoenix (born Joaquín Rafael Bottom, October 28, 1974), known formerly as Leaf Phoenix, is an American actor, producer, music video director, musician and activist. For his work as an artist, Phoenix has received a Grammy Award, a Golden Globe Award and three Academy Award nominations. Phoenix started his career by appearing in episodes on television shows with his brother River Phoenix and sister Summer Phoenix. His first major film release was in the comedy-drama film 'Parenthood' (1989). During his period as a child actor he was credited as Leaf Phoenix, his self-given name. He later went back to his birth name, Joaquin, and received positive reviews for his supporting work in a wide range of films, most notably in the film adaptation of the novel 'To Die For' (1995) and the period film 'Quills' (2000). He received international attention for his portrayal of Commodus in the 2000 historical epic film 'Gladiator', which earned him a nomination for the Academy Award for Best Supporting Actor. He has subsequently earned Best Actor nominations for portraying musician Johnny Cash in the biopic 'Walk the Line' (2005) and for his role as Freddie Quell, a sex-obsessed alcoholic World War II veteran in the drama film 'The Master' (2012). To this date, he and River Phoenix hold the distinction of being the first and only brothers to get nominated for acting Academy Awards. Some of his other notable films include the satire film Buffalo 'Soldiers' (2001), the science fiction thriller 'Signs' (2002), the animated film 'Brother Bear' (2003), the historical drama film 'Hotel Rwanda' (2004), the psychological thriller 'The Village' (2004), 'the documentary Earthlings' (2005), the romantic drama 'Two Lovers' (2008), the drama 'The Immigrant' (2013), the romantic science fiction drama 'Her' (2013) and the crime comedy-drama film 'Inherent Vice' (2014).

Joaquin Phoenix has been active for 26 years, participating in 25 movies that average a 7.4/10 score.

Don't Worry, He Won't Get Far on Foot

You Were Never Really Here 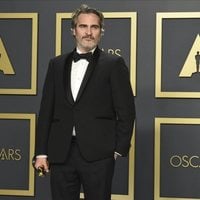 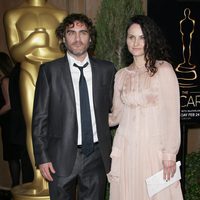 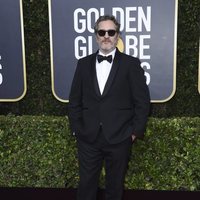 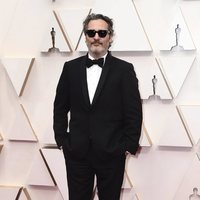 Joaquin Phoenix accepts the Oscar for Lead Actor in 'Joker'