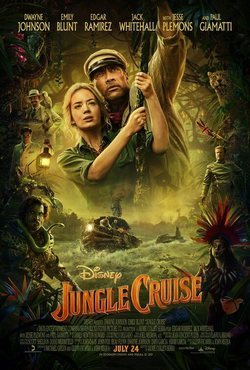 Lily Houghton is an explorer with a mission of investigation: finding a tree with curative powers in the Amazon as it's told in a legend. To do so, she needs the head of a specific arrow to figure out this mystery. On the other hand Frank is a charismatic captain of a fluvial boat who does tours around the Amazon river with all kinds of orchestrate dangers. Lily has to find some kind of transportation to get to Lágrimas de Cristal, the place where this tree with curative powers would be. Lily finds that transportation with Frank, who sees the big amount of money that she can give as the reason to help her. Both will embark in an adventure with multiple mysteries, dangers and a price which doesn't stop going up. As it happened with the saga of 'Pirates of the Caribbean', Disney is preparing this new project using as source of inspiration one of the attractions in its theme park: Jungle Cruise. It is based on a journey that allows park visitors to cross exotic African places through the Nile and Congo rivers with the aim of uncovering his striking and wild creatures. Jungle Cruise offers a unique experience in which animals of all kinds like hippos, rhinos, snakes and piranhas can be observed within a short distance. The movie is directed by Jaume Collet-Serra ('The Commuter', 'Run All Night') and is starred by Dwayne "The Rock" Johnson ('Ballers', 'Fast & Furious: Hobbs & Shaw'), Emily Blunt ('A Quiet Place', 'Mary Poppins Returns'), Jesse Plemons ('Breaking Bad', 'The Irishman'), Paul Giamatti ('Billions', 'Lodge 49?' y Edgar Ramírez ('American Crime Story', 'Gold'), among others. 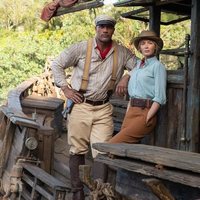 ?
Write your own 'Jungle Cruise' review.

The film is based on a Disney theme park attraction, as the 'Pirates of the Caribean' saga. This is the fourth film of Dwayne Johnson for Disney, after 'The Game Plan', 'Race to Witch Mountain' and 'Moana'. This is the second collaboration between Dwayne Johnson and Paul Giamatti, after 'San Andreas'.