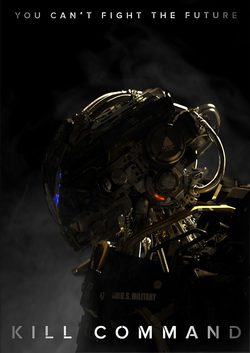 In a near future, a crew of highly trained elite Marines commanded by Captain Bukes is sent to a training routine to a remote island that nobody knows and all communications are cut. Accompanied on the mission by a special technology called Specialist Mills, a kind of robot whose brain is interfaced with a computer. Once on the island, they become to be a target of highly advanced military robots and somehow Mills is involved in this conspiracy. The Marines will face this situation knowing that they need Mills to survive. They will realize who is Mills and which side is really ... A film directed by Steven Gomez and performed by Vanessa Kirby, Thure Lindhardt and David Ajala. Poduced by Vertigo films.

?
Write your own 'Kill Command' review.