After gaining half of the world's attention thanks to her feature film debut, 'Mustang', Deniz Gamze Ergüven now presents her second film, 'Kings'. In 1992, the city of Los Angeles became the center of the racial fight due to the case of Rodney King, a black taxi driver who received a beating at the hands of various police officers from the Department of the city. When the policemen are absolved, the riots develop through the city of Los Angeles, and Millie will look for her children to protect them from the chaos that is devastating the city. Next to her, we will find Olli, one of the few white inhabitants of the South Central neighborhood. The film stars Daniel Craig, Halle Berry and Kevin Carroll. 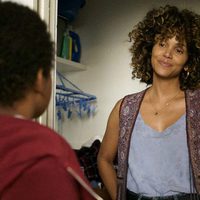 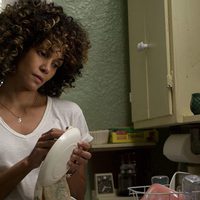 ?
Write your own 'Kings' review.

Both Halle Berry and Daniel Craig have appeared in the Bond franchise separately. Deniz Gamze Ergüven completed this script around 2011 and intended for it to be her feature film debut, however she was unable to get financing for her project. A friend suggested she try a smaller, more intimate film, which became Mustang (2015), an Oscar nominee for Best Foreign Language Film. The considerable attention gained from that film allowed her the clout to finally get this film off the ground. The film had its world premiere at Toronto Film Festival, on the 13 september 2017.