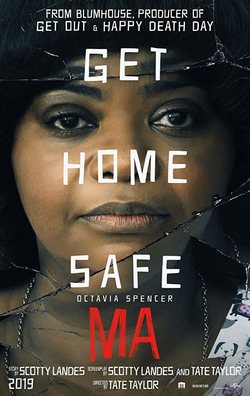 Teenager Maggie Thompson (Diana Silvers, 'Booksmart') moves to Ohio with her mother after her parents divorce. She quickly befriends Haley (McKaley Miller, 'Scream Queens'), Andy (Corey Fogelmanis, 'Girl Meets World'), Darrell (Dante Brown, 'Lethal Weapon') and Chaz (Gianni Paolo, 'Power') who enjoy drinking together at the local rock quarry. As the five friends are underage, they convince lonely middle-aged veterinary aide, Sue Ann (Octavia Spencer, 'The Help'), to buy them alcohol. Sue Ann agrees and goes so far as to regularly allow the teenagers to use her basement to host parties whilst she hands out shots and is given the nickname "Ma". Ma's undying hospitality starts to stifle the group of friends, especially when she begins to pressure them to hang out with her constantly. Ma went to school with the parents of the teenagers, including Andy's father, Ben (Luke Evans, 'Beauty and the Beast'), and was subjected to traumatic instances of bullying which begin to show themselves in her desperation to be accepted as part of the popular, young crowd. As Ma becomes more insistent on their company, Maggie begins to fear that now they've started partying in Ma's basement, she'll never let them leave. 'Ma' is directed by Tate Taylor ('Filthy Rich') and is written by Scotty Landes ('Deadcon'). 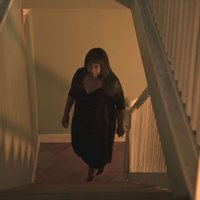 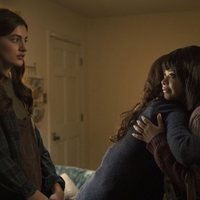 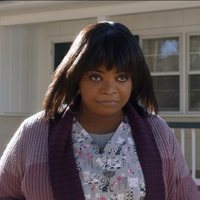 Missi Pyle and Octavia Spencer appeared on the show 'Mom', whose leading actor is Allison Janney. Octavia Spencer come back to horror after ten years, since she was one of the nurses who tended Michael Myers in Rob Zombie's 'Halloween 2'.