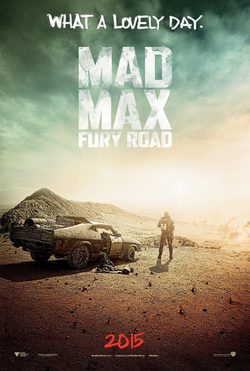 This action and science fiction film directed by George Miller is the fourth installment in a series starred so far by the actor Mel Gibson, and in this case features Tom Hardy in the leading role. 'Mad Max: Fury Road' is set in a future where the Earth, after suffering a nuclear war that destroyed civilization, has become a deserted place where people are struggling to survive and satisfy their basic needs. Mad Max (Tom Hardy) is a lonely man who prefers to work on his own whose life get pretty complicated when he come across Imperator Furious (Charlize Theron) and his group. All of them fleeing the citadel ruled by the tyrant Immortan Joe (Hugh Keays-Byrne) carrying a very important subject for him. Pursued by his henchmen, they will do their best to survive in a desert race that will turn into a war of high speed that will make things harder for this band of rebels. Brendan McCarthy, Nick Lathouris and Miller himself signed script for the fourth installment of this post-apocalyptic saga. 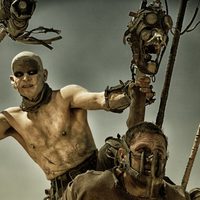 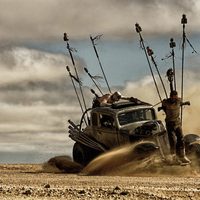 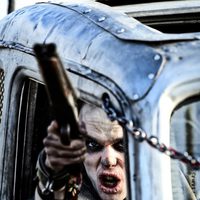 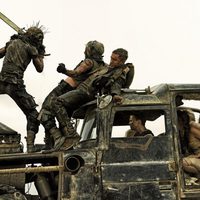 Margaret Sixel, wife of director George Miller, was responsible for editing the film because, according to Miller, "if any man would have done it it would ended up being like any other action movie." The jacket worn by Tom Hardy in the film is an exact replica of the one that Mel Gibson wears in the second and third film of the saga. According to Tom Hardy, he had lunch with Mel Gibson to discuss him taking over the iconic role of Max Rockatansky. Gibson told him that he was fine with it, and gave Hardy his blessing.