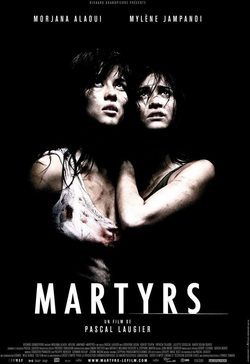 The film set us in France, in the early 70s. Lucie, a young and beautiful girl who disappeared a year ago is discovered missing the roadside. Almost catatonic, she doesn't remember anything of the situation that she lived. The police quickly find the place where she was locked, an abandoned slaughterhouse, but Lucie carries no traces of sexual abuse, which reinforces the mysterious nature of the case. Hospitalized, relearn to live (despite the nightmares where a tortured man appears ) and forges a friendship with Ana, another girl in charge of the institution after being abused in her family. And 15 years later, in a house where a family lives, appears Lucie, gun in hand, shooting the father of her friend .

?
Write your own 'Martyrs' review.