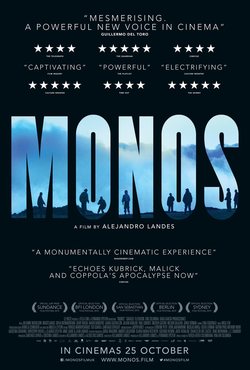 Hidden at the summit of an imposing mountain in the middle of nowhere in South America under the appearance of a daily summer camp is a refuge for eight armed guerrilla children, all of whom go by the names of warriors such as Rambo, Dog, Smurf, Wolf, Boom Boom. Under the collective nickname "Los Monos", these children have to live together under the constant and careful supervision of a paramilitary sergeant. The only mission these children have is to take care of the doctor, played by Julianne Nicholson, and a milk-cow. This American woman has been taken as hostage by this small group. When the success of their mission is endangered, trust between the guerrilla group is tested. The punishments, accusations and betrayals stack up one after another throughout the film, putting the cohesion of a group into question as they are forced to remain united in order to survive and to keep the kidnapped doctor safe and far away from the authorities that are trying to rescue her. The film is a loose modern interpretation of view the classic novel 'The Lord of the Flies', with influences also from the famous novel 'The Heart of Darkness', by the renowned Joseph Conrad. It is through 'Monos' that director Alejandro Landes presents a rather crude reflection on the Colombian FARC. Hide full plot... Show full plot 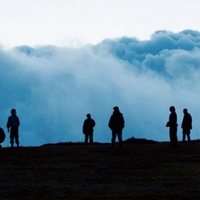 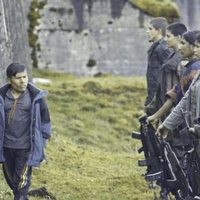 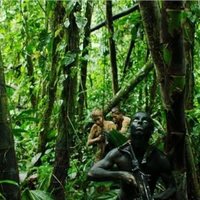 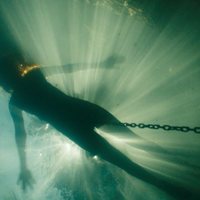 ?
Write your own 'Monos' review.

In an September 2016 interview with Landes in the Times this was reported to be a loose adaptation of William Golding's 'Lord Of The Flies'.