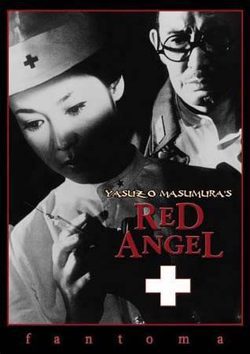 A 1966 Japanese film directed by Yasuzo Masumura. 'Red Angel' is based on a 1966 novel of the same name by Yorichika Arima. In 1939, Sakura Nishi is a young army nurse who is sent to the field hospitals in China during the Sino-Japanese war. She has to assist the surgeon Dr. Okabe with an incredible number of amputations. In the crowded wards, she gives sympathy to some of the soldiers, including sexually servicing one who has lost both arms and has no hope of returning home. She falls in love with Dr. Okabe, and follows him to the front, even though he is impotent from his morphine addiction.

?
Write your own 'Red Angel' review.