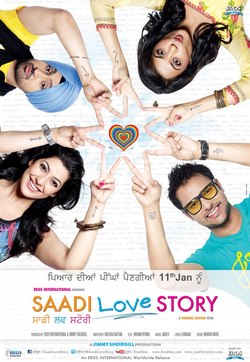 Preeti, who is a die hard romantic waits for her prince charming, who would come some day and sweep her off the ground. But when two boys show up on their door claiming to be the one that Preeti?s sister Gurleen had chosen to spend her life with, Preeti and her family finds themselves in a dilemma. They hear to the love stories of both Rajveer, one an aspiring photographer and the other an aspiring singer. Preeti who lives in the world of romance wishes that the boys had narrated would both be true. The story is a roller coaster ride with family drama, comedy and romance and also a puzzle to solve that which is the real love story. Will Preeti find her prince charming or not.