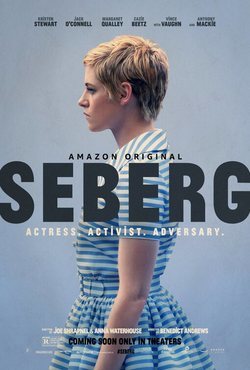 Based on real events, 'Seberg' follows the life of the American actress Jean Seberg, a woman who revolutionised European cinema with her appearance in Godard's 'À bout de souffle' and who became a cultural and aesthetic icon of the French New Wave. The film follows the famous actress at the time of her return to the United States in 1968, just after her experiences in France. At that time, the hippie dream, the fight for civil rights and the Vietnam War were the most important topics at the forefront of the American consciensness, and Seberg, a free-spirited performer, became the main target of Edgar Hoover, the director of the FBI, who considered her a threat to social order because of her political and romantic involvement with the Afroamerican civil rights activist Hakim Jamal. Hoover's distrust of the actress led to her becoming a victim of the terror and oppression campaign within the United States at that time. The biopic is directed by the Australian filmmaker and playwright Benedict Andrews ('Una') and stars Kristen Stewart ('Twilight', 'Personal Shopper'). 'Seberg' follows the life of the actress from her relationship with the Black Panthers to her marriage problems whilst also considering her relationship with fame, notoriety, and her frustration at missing out on some life-changing roles. Hide full plot... Show full plot

?
Write your own 'Seberg' review.

The film had its world premiere at the Venice Film Festival 2019 out of competition. Cinematographer Rachel Morrison was eight months pregnant with her second child when filming completed. Kristen Stewart is the only American actress who won the César Award for her performances at 'Personal Shopper' and 'Clouds of Sils Maria'.