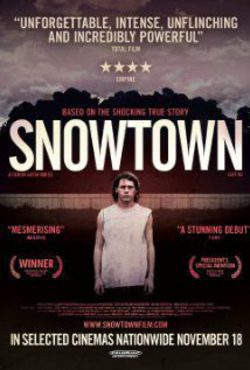 Based on a true story, the film directed by Justin Kurzel and written by Shaun Grant it's about the murders that took place between 1992 and 1999 in the state of South Australia, where eleven people related to the LGBT community were killed by a group led by the psychopath John Bunting. 'Snowtown' brings to the screen these tragic events and introduces us to the lives of this group of people and try to understand their atrocious acts. The film focuses on the story of Jamie, a young teenager who lives in a slum where he meets one of his neighbors, taking advantage of him and his brothers. That will make Jamie take the law into their own hands.

?
Write your own 'Snowtown' review.