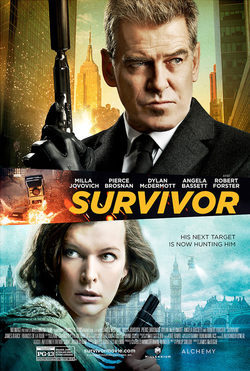 An official of the Department of State (Milla Jovovich) is located in London, for reasons of fate she discovers the plans for a terrorist attack on the city of New York , but for a setback and misunderstandings , the official will be charged with a crime she didn't commit and therefore she will have to become a fugitive . Fleeing from justice also will face a professional murderer (Pierce Brosnan), meanwhile, the officer will attempt to stop the terrorist attack, while she will try to prove her innocence.

?
Write your own 'Survivor' review.