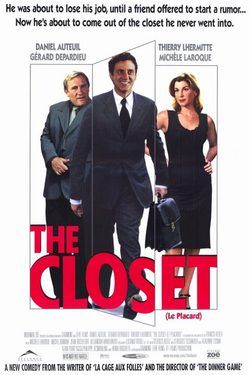 Directed by renowned French director Francis Veber ('Le dîner de cons', 'Tais-toi!') and starring Daniel Auteuil ('Dialogue avec mon jardinier', 'Avant l'hiver'), Gerard Depardieu ('Cyrano de Bergerac', 'Camille Claudel') and Thierry Lhermitte ('Searching for Love ','Quay d'Orsay'). François Pignon is an employee of a company of condoms, he is divorced, he has a teenage son who ignores him and he had a life in which he feels unhappy. One day, he learns by chance that the company plans to fire him. Advised by a close friend, François tell everyone who is gay and so should be fired, to sue the company claiming discrimination because of his sexual orientation. In this way, François manages to avoid dismissal. However, his "coming out" will make he plays a role that will only bring more problems and cause more conflict. Hide full plot... Show full plot 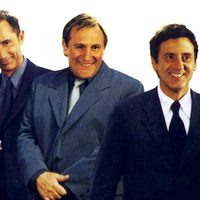 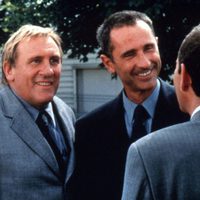 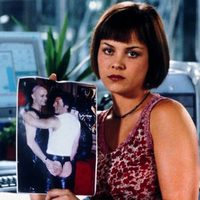 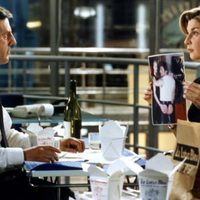 ?
Write your own 'The Closet' review.