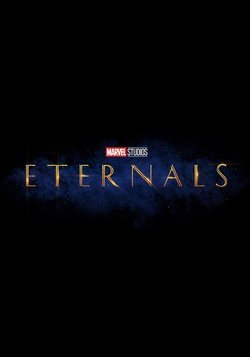 What does it mean to be human in our short time on this planet? This is the question at the heart of 'Eternals', the upcoming release from Phase 4 of the Marvel Cinematic Universe. This film is an on-screen adaptation of 'The Eternals', the Marvel comic saga about a race of immortal superheroes that were created thousands of years ago by The Celestials, a group of space gods, in order to protect Earth of the Deviants, their enemies. The film will span the course of over 7000 years, though focusing mainly on the events following 'Avengers: Endgame', when an unexpected tragedy forces these inmortal beings to come out of hiding for their final showdown against their age-old enemies, the Deviants. The film is directed by Chloé Zhao ('The Rider') and the cast is boasts names such as Angelina Jolie (Thena, 'Maleficent'), Richard Madden (Ikaris, 'Game of Thrones'), Kumail Nanjiani (Kingo, 'The Big Sick'), Salma Hayek (Ajak, 'The Hummingbird Project'), Kit Harington (Dane Whitman/Dark Knight, 'Game of Thrones'), Gemma Chan (Sersi, 'Crazy Rich Asians'), Brian Tyree Henry (Phastos, 'If Beale Street Could Talk'), Dong-seok Ma (Gilgamesh, 'Train to Busan'), Lia McHugh (Sprite, 'The Lodge') and Lauren Ridloff (Makkari, 'The Walking Dead'). The film is scheduled for release on the 6th November 2020 in the United States.

The cast and crew were evacuated from the Canary Islands set in November 2019. A still active bomb from WWII was found near the set. Angelina Jolie and Richard Madden were present on set. Richard Madden is the eighth 'Game of Thrones' actor who joins into the Marvel Cinematic Universe. The previous ones were Hannah John-Kamen, Finn Jones, Jessica Henwick, Iwan Rheon, Peter Dinklage, Natalie Dormer and David Bradley. Lauren Ridloff ('The Walking Dead') was cast as Makkari, the first Deaf superhero of the Marvel Cinematic Universe. in the comics, Makkari is a white hearing man, but Ridloff, the actress who plays this character now, is an African-American, Mexican deaf woman.