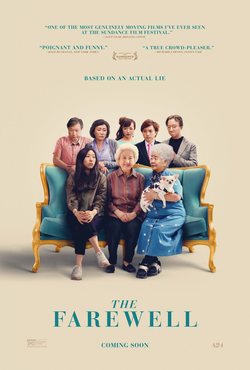 Based on the true story as it was experienced by the film's director, Lulu Wang. A Chinese family, scattered across the globe, must face up to the imminent death of the grandmother due to her diagnosis of terminal lung cancer. All of the relatives band together and decide not to tell the matriarch anything about her disease, as she was not the first one informed by the doctors, and to instead organize a wedding in China to which all those who with any kind of relationship with her are invited, so that they can say their last goodbye. Billi's parents (Awkwafina) do not want to attend because they are already settled in New York and have no close relationship with their relatives and also because they don't want to participate in the deception. However, Billi decides to take the trip on her own so as she can say a last goodbye to her grandmother and catch up with all the relatives that she barely knows because of the distance and the decisions of her parents. Despite taking the trip, Billi is slightly uncomfortable with the family's decision to hide the illness from his grandmother, since she does not believe in the traditions and superstitions of those around her. This conflict will constantly lead her into a myriad of confusing situations that will push her to her emotional limit and ignite a conflict within herself about whether she should finally reveal the secret to her beloved grandmother, or if it is better to stay true to the promise she made to her family. 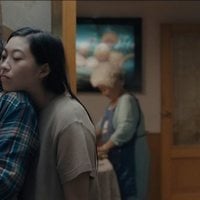 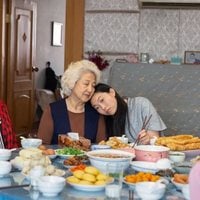 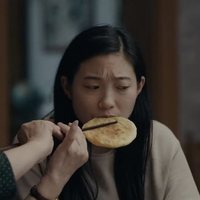 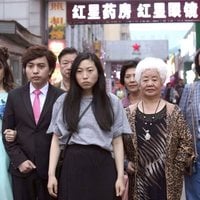 ?
Write your own 'The Farewell' review.

Director Lulu Wang tells the real story about her family. All of them lied to ther real grandmother about her terminal cancer, so she reflects herself in Awkwafina's character. Director didn't tell her grandmother that the movie was about her, and when she found out at the production party, Wang told her that the plot was about immigration and a wedding. This is the first A24 movie being rated as PG, after releasing R films like 'Hereditary' or 'Midsommar'.