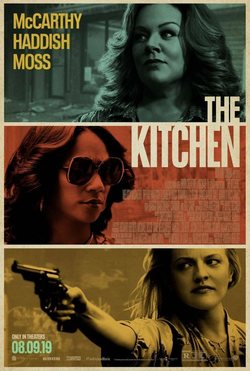 It's the late 1970s. Hell's Kitchen, New York. Three women, Kathy Brennan (Melissa McCarthy), Ruby O'Carroll (Tiffany Haddish) and Claire Walsh (Elisabeth Moss) are married to three members of the Irish mob. When their husbands are arrested and the new mob boss, Little Jackie (Myk Watford), doesn't give them a large enough pittance to provide for themselves and their family, they decide they have to take action. Upon finding out the the local businesses paying protection fees to the mob have seen very little result for their money, they begin collecting the fees and helping out for themselves, making a profit and gaining more respect within the community. Ruby calls on former mob enforcer and war veteran Gabriel O'Malley to back them up and to teach Claire the ropes of mobster life, and the three women begin to challenge Little Jackie with increasing confidence, reveling in the fact that for the first time in their lives, it is the women that wield the power instead of their husbands. But the lifestyle they've chosen is a difficult one, and it's not long before all three women are in so deep there may no be clawing their way back out again. Based on the comic book series by Ollie Masters and Ming Doyle, 'The Kitchen' is adapted for the screen and directed by Andrea Berloff. Hide full plot... Show full plot 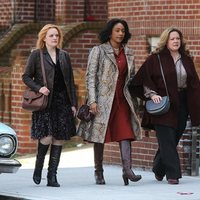 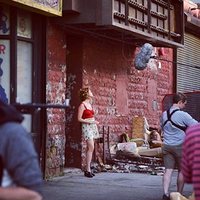 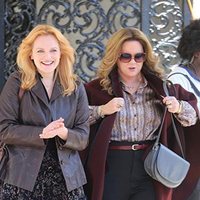 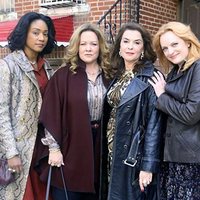 ?
Write your own 'The Kitchen' review.

The movie is based on the homonymous comics from Vertigo Comics. Bill Camp and D'arcy James have already worked together in 'Molly's Game'.