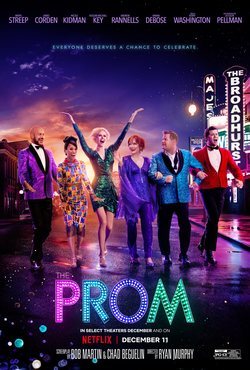 Dee Dee Allen (Meryl Streep) and Barry Glickman (James Corden) are two Broadway stars with a crisis on their hands: their expensive new show is an absolute failure and has blown up their professional careers. Meanwhile in a town in Indiana, a teenage girl (Jo Ellen Pellman) suffers from a completely different situation: the president of the Parents and Teachers Association (Kerry Washington) has prohibited her from attending the prom with her girlfriend Alyssa ( Ariana DeBose) despite the support of the director of the highschool (Keegan-Michael Key). When Dee Dee and Barry decide that Emma's situation is the perfect cause to resurrect her dying public image, they set off on this journey alongside Angie (Nicole Kidman) and Trent (Andrew Rannells), another pair of cynical actors looking for a professional push. But when that self-centered, celebrity activism unexpectedly explodes in their faces, the four of them see their lives turn upside down as they strive to make Emma enjoy a night out so she can proudly show off being herself. The Prom is directed by Ryan Murphy and the cast is completed by Tracey Ullman, Kevin Chamberlin, Mary Kay Place, Logan Riley, Nico Greetham, Sofia Deler and Nathaniel J. Potvin. It is a film adaptation of the award-winning Emmy-nominated Broadway musical by Chad Beguelin, Bob Martin and Matthew Sklar. Bob Martin and Chad Beguelin also sign the script for the film, produced by Ryan Murphy, Dori Berinstein, Bill Damaschke, Alexis Martin Woodall and Adam Anders. 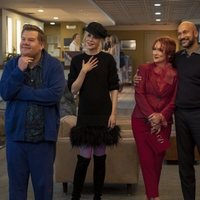 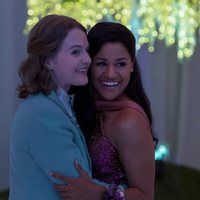 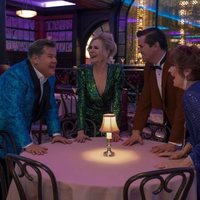 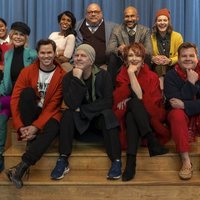 ?
Write your own 'The Prom' review.