The Sky Is Pink 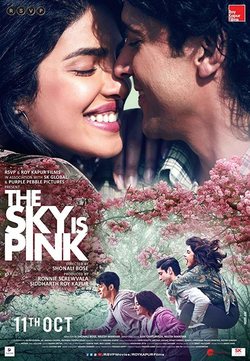 'The Sky Is Pink' is the love story between Panda y Moose, an Hindi man and a Hindi woman, told within the period of twenty-five years by their teenager daughter. But, as herself says, this love story turns into a tragedy when she becomes the villain of it. Panda and Moose start a love relationship that takes a turn when unexpectedly she gets pregnant. Panda tells Moose that they shouldn't risk because they have another kid. Finally, after some years, the parents tell her teenager daughter that she has a pulmonary disease caused by a medicine called Bulsafan. This disease bring the whole family together and tries to cheer Aisha, the daughter, up. They encourage her to live fully through new experiences. But this will bring other problems, such as the ones which are within the marriage between Panda and Moose. The story is based in Aisha Chaudhary, a motivational speaker and daughter of the main couple, who died when she was eighteen years old. The movie is directed by Shonali Bose ('Margarita with a Straw', 'Amu') and starred by Priyanka Chopra ('Quantico', 'Isn't It Romantic'), Farhan Akhtar ('Made in Heaven', 'Mirzapur'), Zaira Wasim ('Dangal', 'Secret Superstar') y Rohit Saraf ('What Will People Say', 'Hichki'), among others. Hide full plot... Show full plot

Cast The Sky Is Pink

'The Sky Is Pink' Trailer 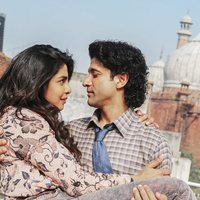 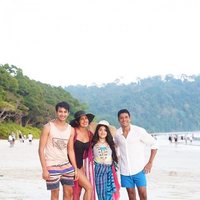 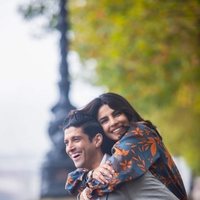 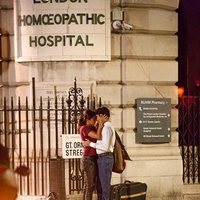 Reviews The Sky Is Pink

?
Write your own 'The Sky Is Pink' review.

Trivia The Sky Is Pink

Comeback film of Priyanka Chopra after 4 years since Jai Gangajal 2016. Zaira Wasim requested the producers to keep her away from films promotion as she had decided to quit films. Priyanka Chopra shot for the movie until 4 days before her wedding with Nick Jonas.