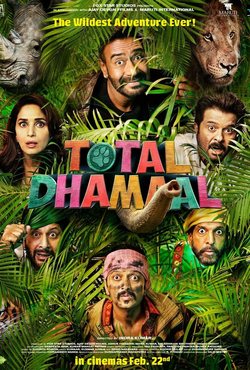 'Total Dhamaal' is a latest instalment in the 'Dhamaal' trilogy from director and co-producer Indra Kumar ('Grand Masti', 'Super Nani'). Returning to the franchise once again are actors such as Ashad Warsi, Sanjay Dutt, Ritesh Deshmukh, Jaaved Jaaferi and Ashish Chaundhry. The comic trilogy follows a group of people trying to get rich and live life in the lap of luxury. Guddu (Ajay Devgn), the protagonist, discovers that his getaway driver Pintu (Manoj Pahwa) sold him out. Since the betrayal, Guddu and his partner Johnny try to make up the money lost in the double-crossing, when they learn that Pintu has hidden the money in a zoo located hundreds of miles away. They're not alone in their discovery, however: amongst their competitors for the cash are a constantly bickering couple on the brink of divorce, money-hungry siblings and a police commissioner. Upon deciding that whoever finds the money first can keep it for themselves, this conflict gives way to a crazy adventure involving train crashes and wild animals and plenty more unbelivable action. But is there really any treasure at all? Written by Kumar alongside Paritosh Painter, Ved Prakash and Bunty Rathore, 'Total Dhaamal' reboots the decade-old franchise for some action-adventure fun. 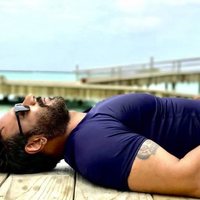 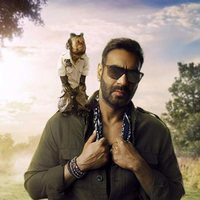 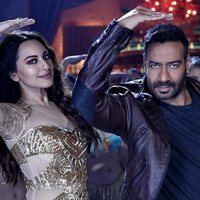 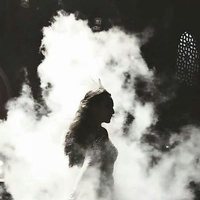 ?
Write your own 'Total Dhamaal' review.