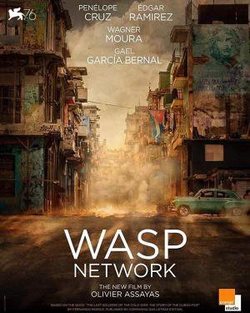 'Wasp Network' transports us to Cuba during the 90s. René Gonzalez lives there with his family, formed by himself, his wife and his daughter. Although the conditions are not the best, he lives a comfortable life with his family, until five Cubans are arrested in the United States after being accused of espionage and murder. René flees Cuba after stealing a plane, leaving behind his wife and daughter, and sets off for Miami. There, he begins life with a new purpose in mind and, like him, many other defectors from Cuba come to the U.S. to join the cause. From Miami, he will try to infiltrate organizations against Castro that despite their violent tendencies so as to prevent more attacks on his home. 'Wasp Network' is a 90s-set thriller that explores the dark side of espionage and influence peddling. 'Wasp Network' boasts performances from some of the biggest names of both national and international cinema. Among them, Penelope Cruz ('Pain and Glory') and Ana de Armas ('Knives Out') stands out. Also joining the cast are Edgar Ramirez ('Bright'), Wagner Moura ('Narcos'), Gael García Bernal ('Ema'), Leonardo Sbaraglia ('Pain and Glory') and Harlys Becerra ('Vis a vis'). The film premieres on January 24, 2020 and is distributed by Avalon Films. A film for fans of mystery, triller and action that also sheds light on an important part of history. 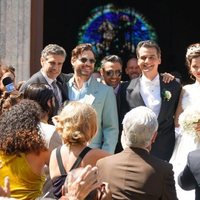 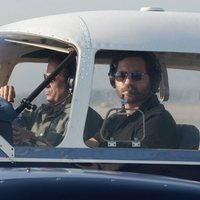 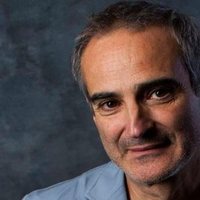 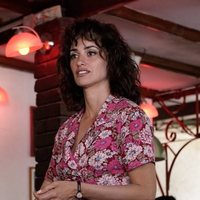 ?
Write your own 'Wasp Network' review.

Pedro Pascal was originally cast but dropped out due to unknown reasons and Leonardo Sbaraglia replaced him.