Over the next year, a lot of projects from the Marvel Cinematic Universe are set to hit the big screen. 'Eternals' and 'The Falcon and The Winter Soldier' are just a few, but one of the films for which fans have the highest hopes is 'Black Widow', the prequel that will tell us the life story of Natasha Romanoff in the events that occurred after 'Captain America: Civil War'.

Filming wrapped up a few days ago, and now actress Florence Pugh has commemorated the end of production by thanking the crew for all their work. It was on her Instagram account that the actress let loose her emotions.

Yelena Belova, what a lady. Thank you for an unforgettable summer. 5 months of high kicks, wicked hair, picking David's nose, stunning locations and an unbelievable amount of beautiful talented people working tirelessly everyday to make it the very best it can be. And, of course, the joy of watching THE Black Widow herself was perfect and absolutely magical. Thank you . YB over and out! X #blackwidow

"5 months of high kicks, wicked hair, picking David's nose, stunning locations and an unbelievable amount of beautiful talented people working tirelessly everyday to make it the very best it can be," writes Pugh to which David Harbour jokingly responded: "I've never been so free of boogers".

In the photograph we can see the actress wearing a ring with the letters "YB" engraved in the centre. A clear reference to the character which Pugh brings to life in the film, Yelena Belova, which Pugh deemed sad and raw during the latest Comic-Con. 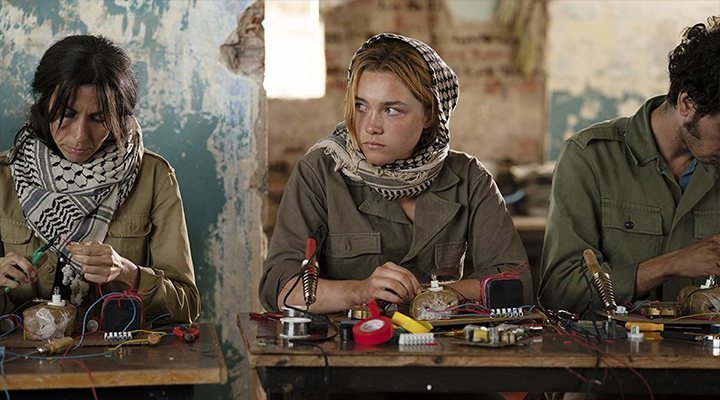 Return to the MCU

Being a prequel, the film will see the return of some past characters. During the filming, actor William Hurt, who portrayed Thaddeus Ross in 'The Incredible Hulk', was pictured. Also, it was announced that Robert Downey Jr. will appear in the film as Iron Man, though surely this will happen in the form of a cameo or a scene filmed during 'Civil War' that was never used. 'Black Widow' will hit cinemas on the 1st May 2020.