Our former Queen of Westeros is now poised to take Vanessa Hudgens's crown as the Princess of Christmas with her latest release, the romantic-comedy of the holiday season, 'Last Christmas'. However, it seems as though promotion for the film is not unfolding quite as Emilia Clarke had hoped, with many fans taking aim at the festive flick with the most devastating weapons known to man: spoilers. 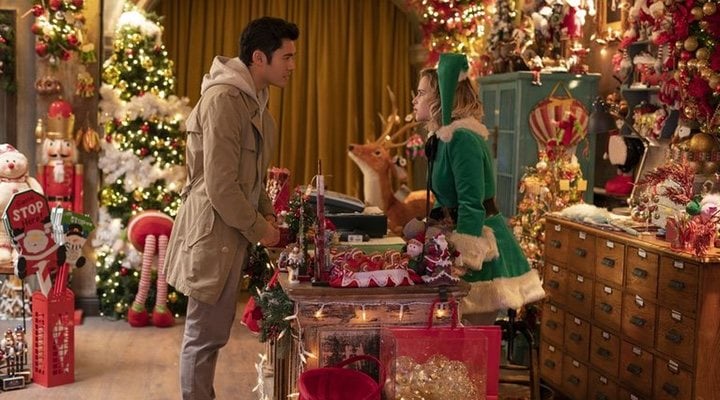 'Last Christmas' is known to involve a plot twist set to slowly shift and warp the story as the narrative progresses. Rather than patiently waiting for this merry mystery to unfold onscreen before them, however, many fans have been sharing their theories and obsessively dissecting currently released footage ever since the trailer dropped. This race for answers has irritated Clarke, as seen in her recent interview with Indiewire. "It's bloody annoying. Frustrating. It's more complicated than people are guessing", says the actress.

"Emma Thompson and Greg Wise wrote this script together, but they sent the script to all of their friends and it was only ready when their friends didn't see the twist coming and couldn't guess until it happens, so that's where it comes from", finishes Clarke. The unpredictability of the story is something that certain critics have confirmed, with many praising the performances of the cast and agreeing that the twist is difficult to spot before it unfolds.

It goes without saying that Clarke is well-acquainted with the world of spoilers. 'Game of Thrones' spoilers have always been amongst the most coveted by sites and forums that distribute leaks, and this incessant need to know what happens before anyone else does doesn't surprise Clarke when it comes to audiences these days.

"Our world's literally on fire, so I think that there's a lot of things outside of people's control, so when it comes to this kind of stuff, they can do something with it and want to. It's done with so much fervour, it's done with a huge amount of energy and all that is, is misdirected energy". 'Last Christmas' will hit UK cinemas on the 15th November.