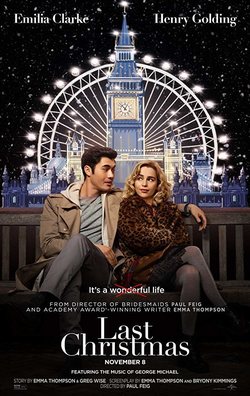 Emilia Clarke ('Game of Thrones') plays Kate, a young woman who pays the bills by working as an elf in a Christmas shop that stays opens the whole year round. Kate has had a talent for making bad choices and running into a seemingly endless series of mishaps ever since she suffered from an illness that rapidly descended into almost-death experience a few years prior. Her recovery has not been an easy one, and it has left Kate a hardened and belligerent cynic. However, everything changes when she meets the charming Tom (Henry Golding, 'Crazy Rich Asians'). The two begin a nearly perfect relationship that starts to face its first hurdles as Christmas approaches. Kate must learn to find her joy and passion for life once again, improve her relationship with her mother, and relaunch her singing career, all with the festive and romantic London as its backdrop. Joining the cast are the likes of Michelle Yeoh ('Crouching Tiger, Hidden Dragon', 'Crazy Rich Asians') and Emma Thompson ('Love Actually', 'Sense and Sensibility'), with the latter also responsible for the film's script. The soundtrack will feature songs from 'Wham!', George Michael's album, as well as some new, never-before-heard tracks to get you into the Christmas spirit. 'Last Christmas' is directed by Paul Feig, the filmmaker responsible for titles such as 'Bridesmaids', 'The Heat', 'Spy' or the female-led remake of the 80s classic 'Ghostbusters' Hide full plot... Show full plot

Interview with Emma Thompson: "'Last Christmas' is our present to everyone" 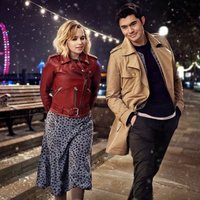 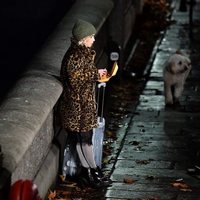 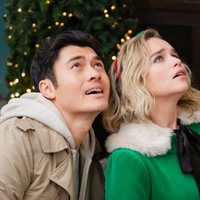 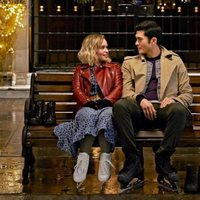 ?
Write your own 'Last Christmas' review.

The group Wham! donated all their royalties from the song 'Last Christmas' to a NGO that fights hunger in Ethiopia. Along with the release of the film there will be the publishing of the book 'Last Christmas: Memories of Christmases past - and hopes for future ones', written by Emma Thompson and Greg Wise and with essays by Andy Serkis, Caitlin Moran, Olivia Colman, Meryl Streep, Emilia Clarke and Emily Watson, among others. The film will be released on the 35th anniversary of the song 'Last Christmas' (1984).