Emma Thompson ('Last Christmas'): "People are offended by everything because they've got too much time on their hands"

Just like every other year as December draws in, the movie listings have begun to flood with Christmas films that for many mark the official start of the holiday season. Adding to this list is Paul Feig ('Bridesmaids', 'A Simple Favor'), the director behind 'Last Christmas', a romantic comedy based on the song of the same name by George Michael that takes Wham!'s lyrics and transforms them into a unique love story between Emilia Clarke and Henry Golding, all set in a London enveloped in the spirit of Christmas. 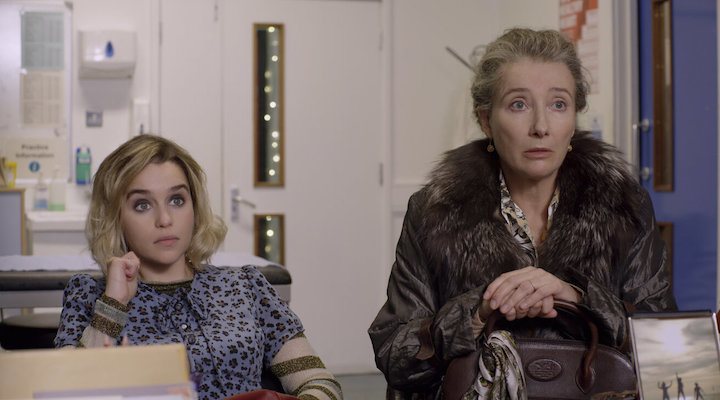 The secondary cast boasts the incomparable Emma Thompson as one of its members, with the actress taking on the role of Adelia, the mother of Clarke's character. Thompson, alongside Bryony Kimmings, was also charged with writing the script (causing us all to remember that, as though she were not talented enough already, Emma Thompson is also a screenwriter and won an Oscar for her adaptation of 'Sense and Sensibility'). Recently, we had the opportunity to sit down and interview Thompson herself, with the actress discussing the long road they had to take to bring 'Last Christmas' to the big screen, the origins of her onscreen character (with a demonstration of Adelia's accent included), her stance on the debate as to whether one can make comedy without offending the masses, and what her offscreen relationship was like with the 'Game of Thrones' actress playing her daughter. Emilia Clarke surprised everyone, it seems, with a new talent she'd been keeping firmly under wraps. Curious? You can find the full interview below.

London romance to the sound of George Michael

Kate (Emilia Clarke) is a young woman who, after suffering a near-death experience following a serious illness, can't seem to get her life back in order. Her job as an elf in a Christmas shop in central London, her strained relationship with her family and a series of questionable decisions have made her lose her spirit. It is at this moment that Tom (Henry Golding) appears in her life and then keeps on appearing, with the two constantly running into each other across the city. Thanks to Tom, Kate begins looking at things in another way, with this newfound perspective pushing her to become a better person and regain her lust for life. However, as Christmas closes in on them, the pressures of the season mount up and everything seems to be against this couple finding their happily ever after.

'Last Christmas' is a love letter to London during the most magical months of the year. The story develops to the rhythm of the late George Michael's hits, including unedited material from the famous artist. 'Last Christmas' is ready to unleash festive joy in a bid to become the definitive romantic comedy of the Christmas season.