'Friends' is 25-years-old this year, placing the sitcom itself directly in that twenty-something category that our gang of six found themselves in when Rachel came roaring into Central Perk with a wet wedding dress and a mission back in 1994. To celebrate this sitcom's birthday, a cinematic tribute to the series, 'Friends: The One with the Anniversary', has been released in theaters across the world. Despite airing a quarter of a century ago, this ten-season comedy is so deeply ingrained within the cultural imagination that, even now, rumours of a reunion are thrown about on a regular basis and a single selfie taken by Jennifer Aniston has the power to break one of the biggest social media enterprises in the world. 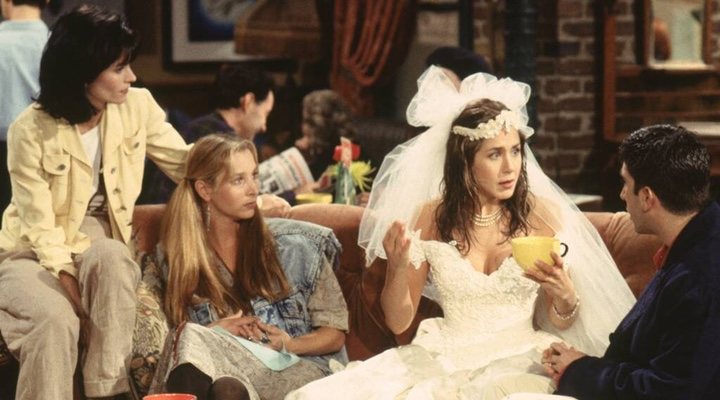 That being said, this phenomenon of a television series is not without its critics. Discussions surrounding diversity and the conflict between offensiveness and humour raged as the world moved into the 21st century, and the huge fan following of 'Friends' did not save it from probing analyses. Many people took issue with the fact that six white actors were chosen to represent the youth of a city as undeniably diverse as New York. Beyond the casting, there were issues taken with certain targets of humour themselves: the jokes told about Chandler's transgender father (who, to add insult to injury, is played by a cisgender actress), the fat-shaming of Monica, the presence of toxic masculinity rearing its ugly head as Ross refused to accept a male nanny or Joey wasn't allowed to talk about his feelings and enjoy flower arranging without being deemed a "woman". Journalist Scaachi Koul goes so far as to say that "loving 'Friends' in 2019 requires a level of mental gymnastics that should force the show to remain a forgotten blip in the past", suggesting that the outdatedness of the show justifies its erasure from pop culture discussion today.

There is no denying that, from the perspective of a viewer sitting down to watch the six friends natter over a cup of coffee in Central Perk in 2019, these aspects of the show would not make the final cut were the show to be first broadcast today. Conversations surrounding the line between diversity and tokenism, quotas, casting sensitivities and representation are important ones to have and, we hope, are resonating within the industry. However, there is also a debate as to what extent we can - or even should - hold media of the past to the standards of today. Writer Rebecca Reid acknowledged that 'Friends' has, in many ways, aged badly and that the misogyny and casual homophobia have no place amongst the media emitted today, but she also admits that she "did sort of love it" and that she believes that "it's really dangerous to start looking at stuff that was written a long time ago through the lens of what we do now". TV critic Mike Ward agrees: "If you take it at face value and apply modern-day sensibilities to it...you would be shocked. We have to look at perspective and look at the context in which it was made. It's fine to say it's uncomfortable by today's standards but if you're not careful you look at the world from an insular, narrow perspective". 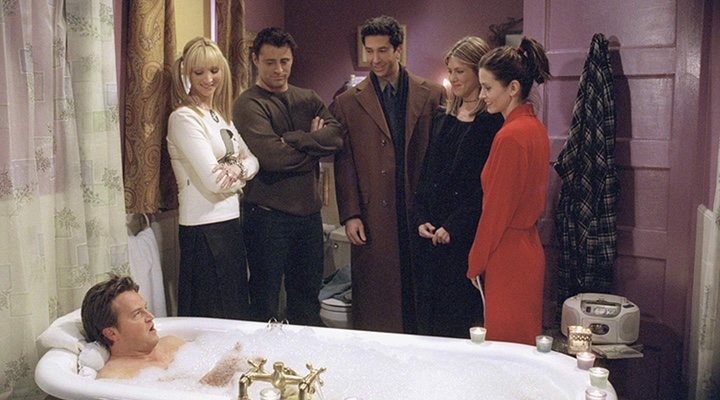 This discussion boils down to how we should handle media that is problematic by today's standards. Do we write it off completely or do we acknowledge the problems and move on? There is, unlike the debate as to whether Ross and Rachel would end up together (the answer was always obviously yes), no right answer. However, given that 'Friends' is still significant to so many television lovers across the globe, I do think the conversation would be more fruitful if rather than attack 'Friends' as a whole, we were to have an honest, open conversation about the show's more problematic aspects. The culture of "cancellation" that we live in today is a largely toxic one because it deals in absolutes rather than discussion, in closed statements rather than open debates. As long as we aim to be aware of the media that we are consuming, why shouldn't people be able to laugh as Phoebe renames herself Princess Consuela Banana Hammock? Frankly, nobody told us that life was going to be this way in 2019, and it's the small pleasures that count.

There'll be here for you 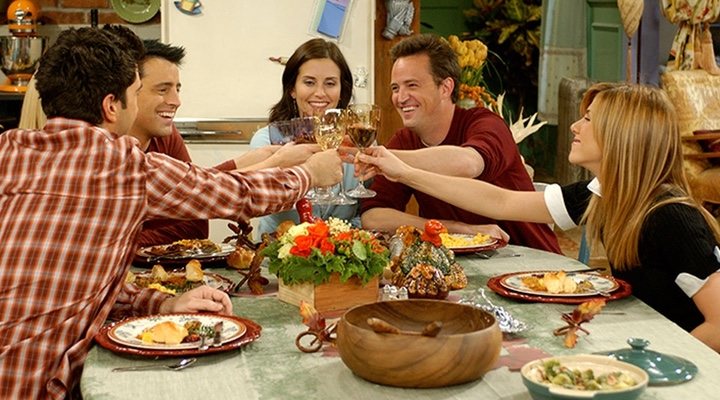 It's also worth looking at the enduring appeal of 'Friends' today. If, as we have established, some of the jokes and storylines just don't stand with a modern audience, then why are so many people, including feminists and people in the LGBTQ+ community and covering an audience of both teenagers and adults, still tuning in to watch 'Friends' twenty-five years later? The answer is that, however transitory the humour and gags may be, at its core, many of the themes that 'Friends' tackles, such as independence and platonic love, are ones that have remained relevant across the past few decades. We may not be living in the days of the 90s when we all wanted Jennifer Aniston's hair and thought that Ross and Rachel were couple goals (though Chandler and Monica are clearly the superior pairing), but the truths about financial precarity and the necessity of platonic bonds remain in line with the twenty-something experience of many people today.

An example that has become increasingly significant for me as I've gotten older is the scene way back in Season 1 in which Rachel cuts up her bank cards to proclaim her financial independence from her wealthy father. Financial precarity which in turn applies pressure to our emotional wellbeing and personal lives is a theme that 'Friends' delves into through having main characters that occupy very different pay grades, something that often becomes a source of tension between the six, such as when Rachel, Joey and Phoebe cannot afford dinner at a fancy restaurant and feel like charity cases when the others offer to pay on their behalf. Money, particularly when you're just beginning to find your feet in the professional world, is something that knows how to stoke insecurity and resentment like a fire. Seeing Rachel wrestle with her first job without her father's savings to fall back on and watching Monica take a job she hates in a 1950s style diner so that she can pay her rent are two painfully relatable situations for anyone who has ever attempted to make their own way in the world. Yet this makes 'Friends' all the more rewarding, for when we watch Rachel get her job at Ralph Lauren or Monica leave her job at the diner, we see that these stagnant states which we find ourselves in are just phases that will soon enough pass. As Monica said, "Welcome to the real world. It sucks. You're gonna love it". Through the six friends, we learn to do just that. 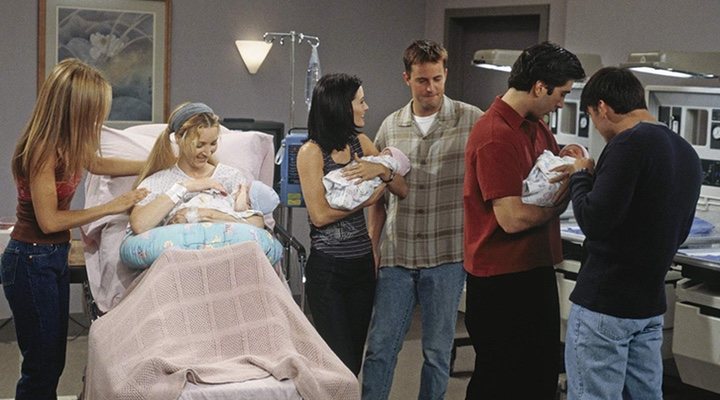 Furthermore, although the weight of misogyny in 'Friends' is an interesting and important topic of conversation, it's also worthy of note that for many viewers, Rachel, Monica and Phoebe were the first women that young adults saw openly and proudly discussing their sex lives on screen. The three women are never shamed for enjoying sex, nor for initiating it - it was Phoebe who made the first move on David and Monica who went in for a kiss with Chandler at the fateful wedding in London. 'Friends' was one of the first series I saw in which women were actively and comfortably pursuing their physical, personal and professional desires without shame. From the moment that Rachel leaves Barry at the altar, 'Friends' points to the importance of choice when it comes to women and relationships, and that is something that certainly deserves the famous round of applause that features in the theme song by The Rembrandts.

Finally, and perhaps most importantly, much like the title itself would suggest, 'Friends' manages to bottle the importance of close friendships during that limbo-like period of your life in which you're no longer reliant on your parents, but nor do you feel quite ready to brave the long, hard slog of adulthood on your own, either. In the early 1990s, divorce was on the rise, as was the number of young people crossing the country to attend college. As the outdated definition of family as a nuclear unit seemed increasingly less applicable to the reality of many people's circumstances, a strong circle of friends became, for many, an indispensable support system and it is something that 'Friends' captures expertly on the small screen through the chemistry of the actors and a sharp, incisive script. Regardless of the many love interests, betrayals, first kisses, break-ups and, in Chandler's case, the occasional trip to Yemen, people were drawn to 'Friends' by the unbreakable bonds formed by the six as they attempt to navigate that turbulent, twenty-something period in which everything seems so close and yet so impossibly far at the same time. When 'Friends' creators Marta Kauffman and David Crane left their friends in New York to try for their big break in Los Angeles, the pitch that they delivered to NBC read: "It's about friendship because when you're single and in the city, your friends are your family". I wonder if when they wrote this, they knew that the six friends of Central Perk would become the family of a generation, too.

'Friends: The One with the Anniversary' was released in the UK on the 8th December 2019 and is available for viewing in cinemas now.