It was the film that rocked the world with its portrayal of sisterhood, self-discovery and power, as well as the now-iconic Disney ballad, 'Let It Go'. After the phenomenal success of 'Frozen' in 2013, we return to the kingdom of Arendelle in the long-awaited sequel, 'Frozen 2'. To prepare ourselves for the next instalment of this Scandinavian mythology inspired franchise, we sat down with directors Jennifer Lee and Chris Buck to talk about everything from the future of LGBTQ+ representation at Disney Animation to the possibility of a third instalment starring our favourite sister princesses.

Many fans were pushing for Elsa to become Disney's first LGBTQ+ main character after feeling let down by Disney's feeble attempts at representation through Le Fou in 2017's live action adaptation of 'Beauty and the Beast', and the Oscar-winning song 'Let It Go' has often been interpreted by fans as a coming out anthem. Though the directors have already confirmed that the Queen of Arendelle has some more pressing priorities than finding a girlfriend in 'Frozen 2', Jennifer Lee promises that diversity and LGBTQ+ representation will be central to the future of Disney Animation. "There are no limits to the characters we can do", says Lee.

That is not to say that 'Frozen 2' does not have equality and its representation at its core, however. As well as focusing on two female protagonists, both Lee and Buck were eager to explore the toxic pressures of masculinity through the character of Kristoff in the sequel. "We were looking to make him more authentic", explains Lee regarding their choice to give Kristoff a heartfelt 80s ballad. "His journey is about knowing it's okay to articulate these feelings", she continues, something that is "not often encouraged" in men. 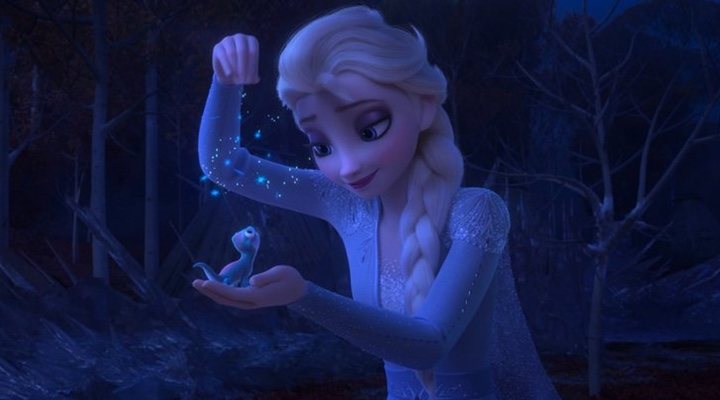 According to both Lee and Buck, there were clear motivations for producing a sequel to 2013's Frozen. "There was so much unresolved, particularly for Anna and Elsa", says Lee. "Why does she have powers? What are they meant to do in the world?" It was these questions that led to 'Frozen 2', in which Elsa is forced to explore the limits of her powers when she comes across the Northuldra, an indigenous group isolated from Arendelle by a mystical fog.

Following this story, however, is there still room for 'Frozen 3' or will 'Frozen 2' mark our final goodbye to these much loved characters? "I'm very happy with where Anna and Elsa end up", says Buck, before adding with a smile, "I'm very satisfied...for right now". Don't close the palace gates just yet, folks.

The entire interview with Jennifer Lee and Chris Buck is available above. 'Frozen 2' will arrive in UK cinemas on the 22nd November.