Could it have been any other way? A new 'Tomb Raider' trailer set to Destiny's Child's 'Survivor' has been released recently, teasing Alicia Vikander's next project. 'Tomb Raider', which is based on the video games, will see the actress take on the role of Lara Croft. The song of choice for the trailer is definitely not out of place, for Lara Croft is a survivor and she's certainly not going to give up!

There's no trace of tight outfits nor the same brutal security that Angelina Jolie's Croft once encountered. 'Tomb Raider' introduces a much younger, inexperienced and vulnerable Croft, but don't be fooled, because she's just as wild. The trailer makes it clear, Croft's father has passed away and the loss certainly means a lot to her. Just try to count how many times his absence is mentioned in the two minute clip.

'Tomb Raider', directed by Roar Uthaug, will be set seven years after the disappearance of Croft's father. At 21 years of age, she expresses no interest in heading her family's multinational business and instead sets to work piecing together the events that lead to her father's death. In order to continue her investigation. However, she'll have to travel to a hidden island just off the Japanese coast, and that's when her adventure really begins. 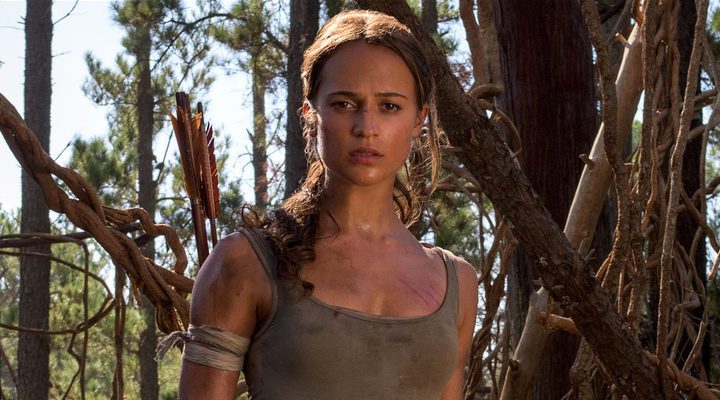 'Tomb Raider' will feature the likes of Kristin Scott Thomas and Dominic West, as the adventurer's parents. Walton Goggins will play Mathias Vogel, the villain of the film whereas Croft's companion will be played by Daniel Wu. The adventure begins on 16th March!!