Sylvester Stallone responds to the haters of 'Rambo: Last Blood' with humour

'Rambo: Last Blood' has received some truly terrible reviews. The fifth (and last?) instalment of John Rambo is raking in negative opinions, many of which denounce the excessive violence in the film, signalling it as one of the action flick's main problems. For all of this, Sylvester Stallone has decided to respond to these comments with a touch of humour. 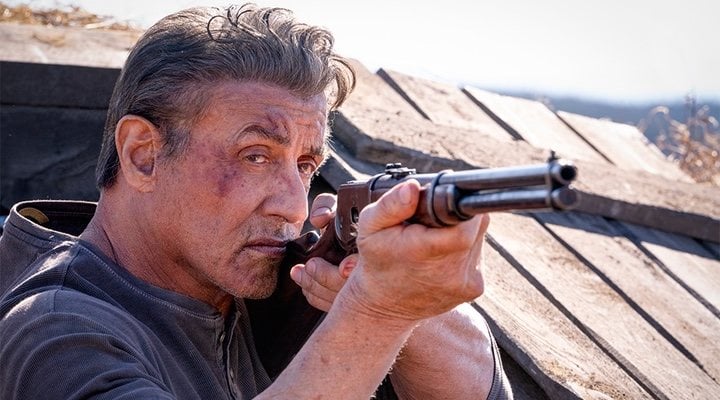 On his Instagram account, Stallone shared a parodic sort of trailer that takes on this criticism with plenty of humour. This 30-second video gathers the opinions of viewers in the UK who deem the film "extremely violent", "a bit disturbing, really" and an example of "Americans doing what they usually do with their films". The voiceover and dramatic heading declare that 'Rambo: Last Blood' isn't for everyone.

It doesn't stop there, with David Morrell, author and creator of the iconic character in his 1972 novel 'First Blood', was also quite harsh on the film, taking to Twitter to declare his embarrassment that his name is associated with the film. "I agree with these 'Rambo: Last Blood' reviews. The film is a mess. Embarrassed to have my name associated with it". 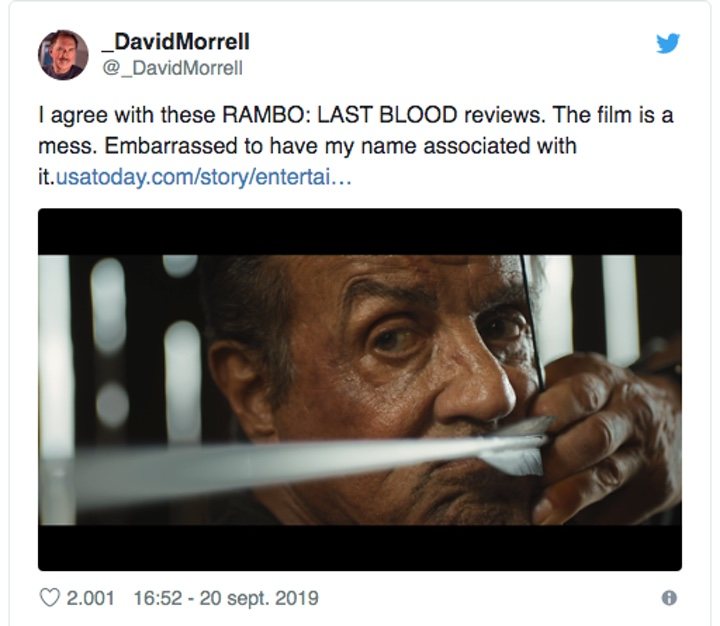 Critics and public disagree once more

Not all of the opinions are negative, however. It seems like the public is enjoying the film, which boasts an 84% audience approval rating. The majority of viewers that have been to see the film argue that, as a film that is part of the 'Rambo' franchise, the violence in it is justified.