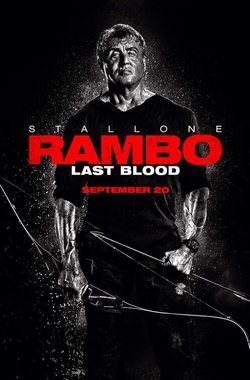 In this fifth instalment of the iconic franchise, John Rambo (Sylvester Stallone, 'Rocky') has settled on his father's Arizona ranch alongside his good friend Maria Beltran (Adriana Barraza, 'Drag Me to Hell') and her granddaughter Gabrielle (Yvette Monreal, 'Faking It'). Despite this seemingly peaceful existence, Rambo is plagued by his past and suffers from PTSD which has led to him constructing a series of tunnels under the ranch as a coping mechanism. When Gabrielle's friend Gizelle (Fenessa Pineda, 'The Fosters') tells her that she can help Gabrielle find her long-lost father Manuel (Marco de la O, 'El Chapo'), Rambo tells Gabrielle that Manuel is a dangerous man who used to beat her mother. When Gabrielle ignores his warning and goes to meet Manuel anyway, she is sucked into a dangerous kidnapping plot by a drug cartel led by the vicious Victor Martinez (Óscar Jaenada, 'The Losers') and his brother Hugo (Sergio Peris-Mencheta, 'Life Itself'). Rambo decides to set out to save Gabrielle and exact revenge on the brutal Martinez brothers, but his own personal demons will be lurking in every tunnel and hiding around every corner, waiting to stop him. 'Rambo: Last Blood' is directed by Adrian Grunberg and was written by Matthew Cirulnick, Sylvester Stallone and Dan Gordon. 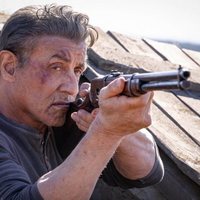 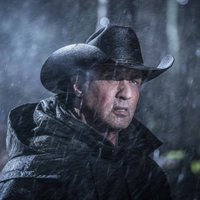 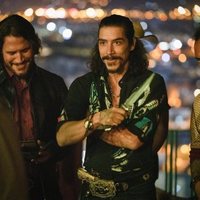 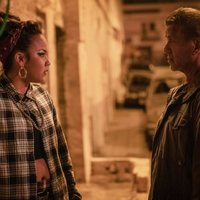 This fifth installment is the one with less duration in all the Rambo saga, with 1 hour and 29 minutes. It is the only installment of the Rambo saga where Stallone has short hair. This is the first installment in the saga where there is no appearance or reference to the Coronel Samuel Trautmam. His actor, Richard Crenna, was in the three initial movies and, having passed away before the fourth one, they used some footage of him.