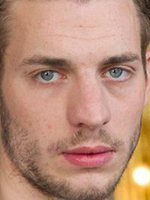 Damien Chapelle is a Belgian actor, musician, dancer and artist. His film debut was in 2014 French film 'Girlhood', and since then he has been a recurring face in the European independent cinema. He appeared in 'Metamorphoses', by Christophe Honoré, and in 'Arctic Heart'. He shared screen with Natalie Portman in 'Planetarium' and also participates in director Cédric Kahn's 'La prière', which premiered at the Berlin International Film Festival.

Damien Chapelle has been active for 6 years, participating in 3 movies that average a 5.3/10 score.