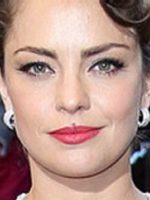 The actress Dolores Fonzi began her modeling career in several agencies until she made ??the leap to the small screen with the series 'Verano eterno', in which she played Clara Vazquez with his brother in real life Thomas Fonzi that in fiction was the youngest of the Vazquez. In addition to this series, he starred in other ones such as 'Según Roxi', 'La Leona' o 'En terapia'. It is also known for films like 'La patota', 'El crítico', 'El campo', 'Salamandra', 'El club de la muerte' o 'El aura'. His latest work is 'Truman', a film in which she shares the stage with Ricardo Darin and Javier Cámara.

Dolores Fonzi has been active for 5 years, participating in 3 movies that average a 7.2/10 score.