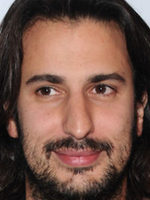 Gilles Paquet-Brenner is a French filmmaker and scriptwriter. Son of the opera singer Ève Brenner, his debut as a director was back in 2001 with 'Pretty Things', that earned the Michel d'Ornano Award at the Deauville Film Festival, and got Marion Cotillard nominated as Most Promising Actress in the Caesar Awards. Other films from Paquet-Brenner are 'Dark Places', starring Charlize Theron and based on a novel from Gillian Flynn, 'Sarah's Key', starring Kristin Scott Thomas, and 'Walled In'.

Gilles Paquet-Brenner has been active for 11 years, participating in 3 movies that average a 6.6/10 score.

Her Name was Sarah