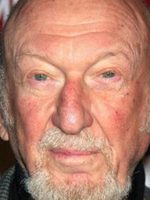 The highest milestone in the Irvin Kershner's career, born April 29, 1923 in Philadelphia, is being in charge of 'Star Wars: Episode V - The Empire Strikes Back', generally considered the best movie of the space saga. Thanks to that, he won his most important awards as best director in the Hugo Awards and in Saturne Awards in the 1980 edition. He also directed other known movies, like 'Robocop 2'. He made career as well as an actor, appearing in productions like 'The Last Temptation of Christ', directed by the genius Martin Scorsese. Kershner died in 2010 of lung cancer at his home in Los Angeles.

Before passing away, Irvin Kershner worked on 2 movies that average a 7.5/10 score.