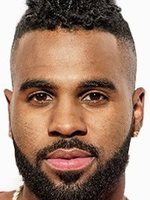 Jason Joel Desrouleaux, mostly known by his stage name, Jason Derulo, is an American singer and songwritter that has worked in genres like R&B and hip-hop. Even though his most popular work, in songs like 'Whatcha Say', 'In My Head' or 'Wiggle', has been closer to commercial pop. Derulo has starred plenty of music videos. But in the most recent years of his career, the singer has moved to acting in tv shows like 'Empire' or 'Lethal weapon'. His debut on the big screen will come in the film adaptation of the popular musical 'Cats'.

Jason Derulo has been active for 1 years, participating in 1 movies that average a 3.9/10 score.