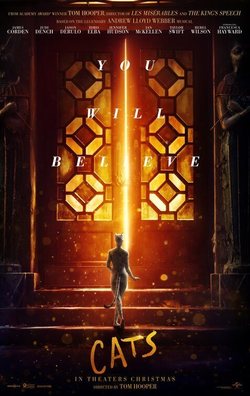 'Cats' is showing in 38 theaters across the UK today. View Full Listings

'Cats' is the cinematographic adaptation of what is one of the longest-running Broadway musicals of all time. It is directed by Tom Hooper, who won an Oscar for his work in 'The King's Speech' and boasts directorial credits in other movies such as 'The Danish Girl' and 'Les Misérables'. 'Cats' tells the story of a tribe of cats called the Jellicles and the night that the leader of the group decides which cat will ascend to the Heaviside Layer and be reborn into a new life. These cats will present themselves one by one, spinning stories about their past and explaining what makes them special enough to be the chosen one. Forming the cast are Jennifer Hudson, an Oscar winner for 'Dreamgirls', James Corden ('Yesterday'), Ian McKellen ('All Is True', 'Beauty and the Beast') and Taylor Swift. 'Cats' will be the return of the artist to the big screen after her small role in 'Valentine's Day' and her cameo in 'Hannah Montana: The Movie', though she has been involved with the film industry through the contributions she made to the original soundtracks of 'Fifty Shades Darker' and 'The Hunger Games: Catching Fire'. The film and the musical are based on the book of poems for children written by T.S. Eliot, and the script is penned by the playwright Lee Hall (known for the 2000 film 'Billy Elliot' and 'Rocketman'). Hide full plot... Show full plot 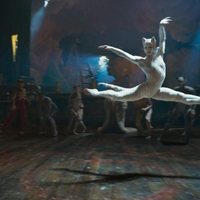 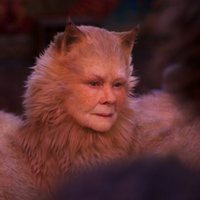 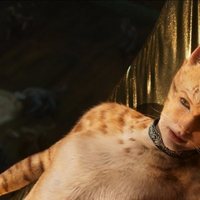 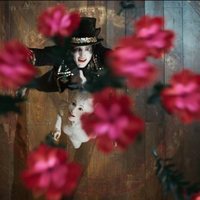 ?
Write your own 'Cats' review.

In 'Six Degrees of Separation', Paul (Will Smith) tells dinner guests his father is making a movie of the hit play 'Cats'. Amongst the guests excited to be an extra in the movie of Cats was Sir Ian McKellen. This is the first adaptation of 'Cats' since the 1998 made-for-television BBC movie. This is the first time Old Deuteronomy as been represented as female, Judi Dench.