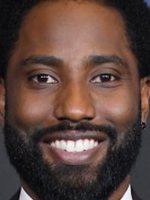 Son of Denzel and Pauletta Washington. In spite of having participated as a child in the film of 'Malcolm X', he dedicated himself mainly to American football until in October 2012 the UFL was suddenly shut down. In 2016 he began to be interested again in the film industry and was part of the cast in 'Love Beats Rhymes', but since 2015 has a role in the TV series 'Ballers'. He has also participated in 'Monsters and Men' y 'Monster'.

John David Washington has been active for 3 years, participating in 4 movies that average a 7.8/10 score.

The Old Man and the Gun