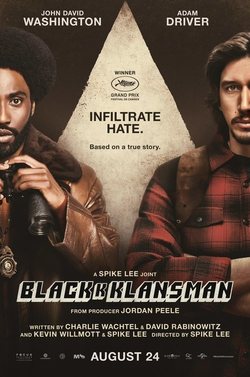 Based on true events, the film is directed by Spike Lee and tells the story of Ron Stallworth (played by John David Washington), a black police officer who manages to infiltrate the Ku Klux Klan in the state of Colorado. In the early seventies, a time of great social upheaval with the ferz fight for the civil rights of black people, Ron Stallworth becomes the first black detective in the Colorado Springs Police Department, but is greeted with skepticism and hostility by superiors and his companions. Without being intimidated, he decides to go ahead and do something for his community carrying out a very dangerous mission: infiltrate the Ku Klux Klan and expose it to the city. They are also part of the cast Adam Driver, Topher Grace and Laura Harrier, among others. 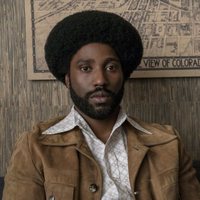 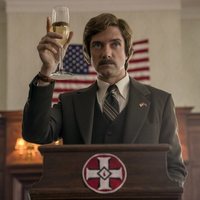 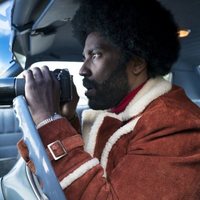 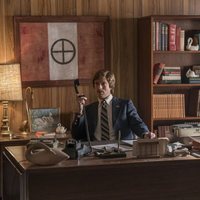 ?
Write your own 'BlacKkKlansman' review.

Director Spike Lee received a six-minute standing ovation at the Cannes Film Festival after the premier of the film. The real Ron Stallworth had originally wanted Denzel Washington play him, but was ecstatic to find out his son got the role. The film is dedicated to the life of Heather Heyer, who was fatally hit by a car while protesting the "Unite the Right" rally held on August 12, 2017 in Charlottesville, VA. The film opened in the US on August 10, 2018 to mark the one-year anniversary of the rally and her death.