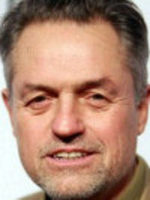 Robert Jonathan Demme is an American filmmaker, producer and screenwriter. Demme rose to prominence in the 1980s with his comedy films Melvin and Howard (1980), Swing Shift (1984), Something Wild (1986) and Married to the Mob (1988). He became best known for directing The Silence of the Lambs (1991), for which he won the Academy Award for Best Director. He later directed the acclaimed films Philadelphia (1993) and Rachel Getting Married (2008). Demme formed his production company, Clinica Estetico, with producers Edward Saxon and Peter Saraf. They were based out of New York City for fifteen years.

Before passing away, Jonathan Demme worked on 8 movies that average a 7.5/10 score.

Ricki and the Flash